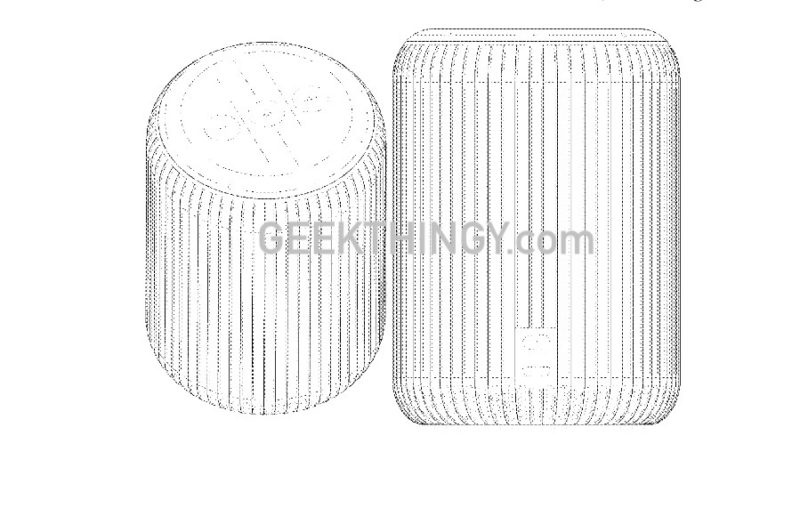 We wouldn’t blame you if you didn’t know Samsung makes smart speakers. After all, the first-ever smart speaker — namely, Galaxy Home — that the company pulled off back in 2018 haven’t managed to get a commercial release as of now. While the company renewed its efforts to enter the growing smart assistant market early last year with the launch of Galaxy Home Mini, the global availability of the device is still a mystery nonetheless. Fast forward about two years and four months since the launch of the first Samsung smart speaker, GeekThingy has managed to dig up some important info on an upcoming Samsung flagship smart speaker — presumably, the Galaxy Home 2.

We have managed to get our hands on purported schematics of the upcoming Samsung Galaxy Home 2 through the US Patent and Trademark Office (USPTO) website, which reveals a new design patent assigned to Samsung regarding an ‘Artificial Intelligence Speaker.’ And unlike its previous generation release that featured a weird cauldron-like design, the new model will echo the looks of a standard smart speaker we’ve come to expect from Amazon or Apple. Speaking of which, Samsung is going for a tall cylindrical body with built-in volume/action buttons at the top, somewhat reminiscent of Apple HomePod.

When it comes to ports, it appears that the device will follow the footsteps of previous-generation models. And that means you’re not getting a 3.5mm headphone jack, and nor are you getting a USB-C port. It will retain the good ol’ micro USB port and the physical slider to mute the microphones.

Obviously, the specs and features of this upcoming Samsung AI speaker is a mystery right now. But it is safe to assume that it will come packed with the firm’s in-house Bixby voice assistant. That said, it is also very likely that they could sport Google Assistant instead of Bixby considering a recent report from Reuters, which revealed a revenue-sharing deal between Google and Samsung to prioritize the former over the latter.

Samsung is busy preparing for the launch of Samsung Galaxy S21 flagship lineup, and at this point, it is not clear whether Samsung is actively working on the product or if this is for later use. Whatever the case may be, we will keep you posted as we come across more information.