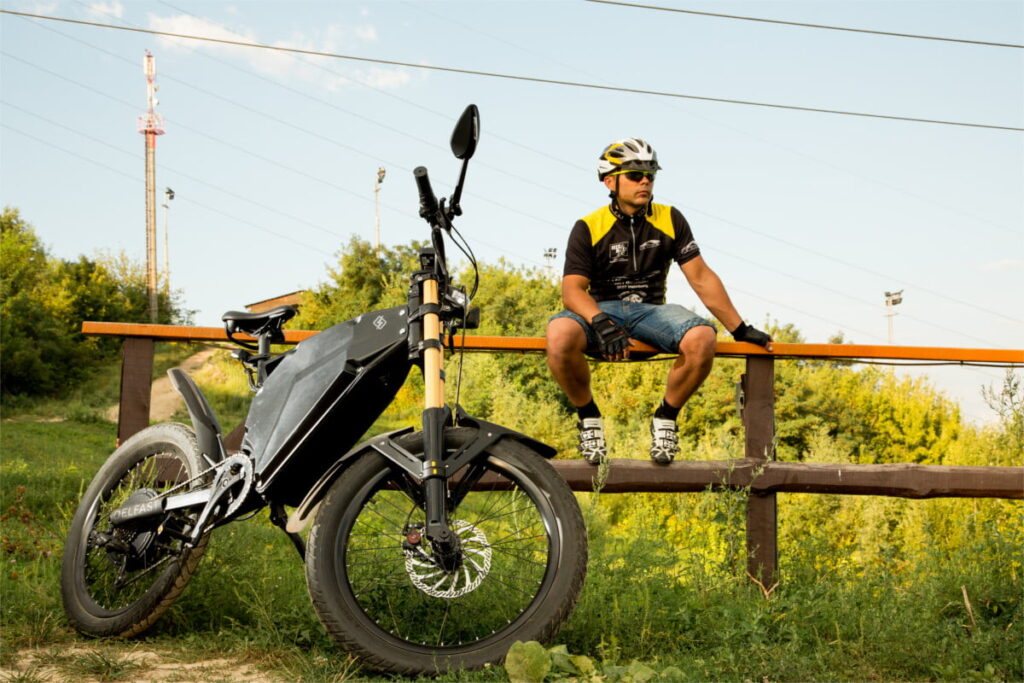 THIS electric bike from Delfast boasts a longer range than the Tesla Model 3. It offers 236 miles range on a single charge. The startup is currently raising funds from a Kickstarter campaign, and has already raised over $115,000 against the pledged $50,000 goal.

The world is finally waking up to the numerous hazards of conventional fuels on the environment, and the auto industry is responding by rolling out a string of alternatives running on cleaner, greener energy. Joining the league is Ukraine-based company Delfast that unveiled its new electric bike, capable of scaling a top range of 236 miles, at the recently held Interbike International Expo in Las Vegas.

This speed range is quite a breakthrough in the realm of electric bikes, as most existing models have a range less than 50 miles. To put this in perspective, the base trim Model 3 from Tesla sports a range of 220 miles. By that measure, an ebike capable of covering 236 miles on a single charge is ground-breaking, revolutionary, to say the least. Or as Delfast CEO Daniel Tonkopiy puts it, it is also necessary. According to him, ebikes with a 40-50 mile range are not very useful and something akin to a toy.

Delfast’s current lineup of electric bikes includes three models, of which the ‘Prime’ model with a 236 mile range was unveiled at the LA event. Apart from a cutting-edge range, the Prime model also features front and rear turn signals, high-intensity headlights, GPS tracking, remote start, 2 USB chargers. It runs on a 3,000-cycle battery manufactured in the US and also has a corresponding mobile app. The other two ebikes being produced by the company are Top and Line, with a maximum range of 174 and 112 miles, respectively.

A self-proclaimed fan of electric transportation, Tonkopiy calls it the ‘future of transportation’. To make this future a tangible reality, the company even started a Kickstarter campaign, with a view to raise $50,000 for production. They surpassed that goal and went on to raise nearly $90,000 over a month before the campaign expired.

Explaining its model on the Kickstarter page, Delfast maintained, “Our electric bikes are not an abstract dream or concept. It’s the real-deal, hardcore electric bike project that’s available for use regardless of gender and age … It’s not necessary to be in excellent physical shape to travel long distances on an electric bicycle – along with Delfast bikes it’s possible to easily and comfortably cover 236 miles on a single charge.”

Taking the journey of its electric bikes to its logical conclusion, the company is planning to open a sales office in California. Delfast started operations as a delivery service company nearly three years ago, running its operations on Chinese-made electric bike that came with a limited range of 20 miles. They started experimenting to increase this range, which ultimately led to the company venturing into the auto segment with its own line-up of electric bikes.

A journalist by profession, a freelance writer by choice. When not writing, she likes to spend her time in the company of books and food or hitting the road to explore new places, besides juggling roles as an army wife and mommy.