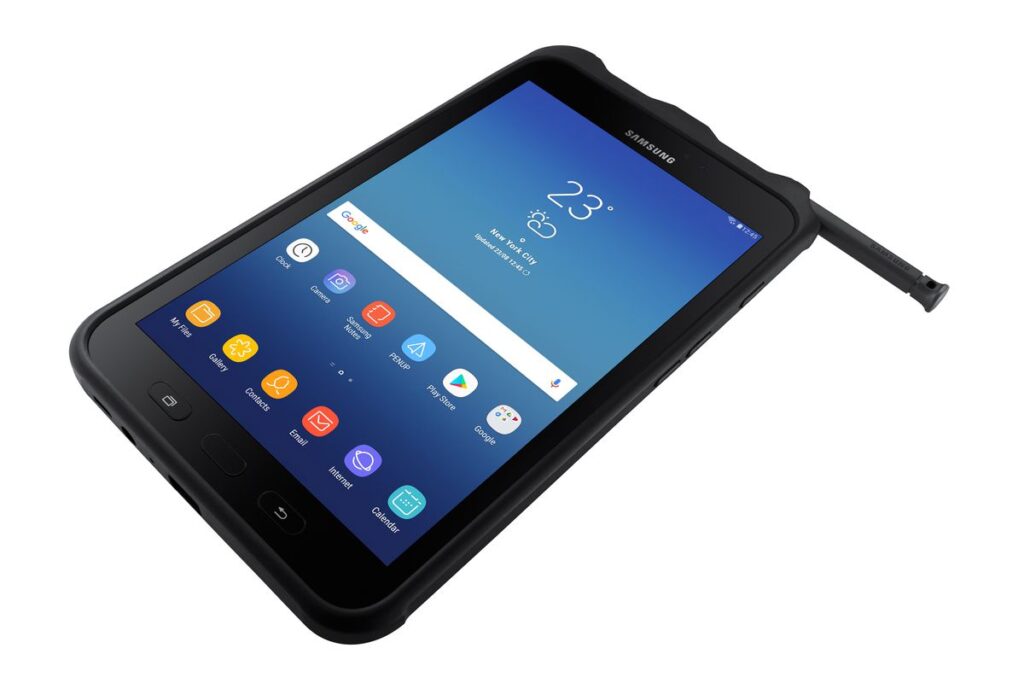 Samsung Galaxy Tab Active2 Ruggedized, launched back in March last year, is now available for a discounted price of $435.99.

Released back in March last year, the Samsung Galaxy Tab Active2 is still a solid device and, as the name suggests, is the rugged version of the original Tab Active2 that was launched sometime in November 2017. As one would expect from a Rugged device, this one is IP68-certified water and dust resistant. It’s also compliant with the military standard MIL-STD-810G.

It’s important to note that the deal is available only with the WiFi-only model, that comes with other connectivity options including Bluetooth 4.2, A-GPS, and USB 2.0 port. In terms of specs, the device comes with a standard 8-inch 800x1280p display, octa-core Exynos 7870 processor, 3GB of RAM, 16/32GB of storage, 8MP rear camera, 5MP front-facing camera, and 4450mAh battery. The fingerprint sensor, like with older Samsung devices, is mounted on top of the home button, and there’s a microSD card slot that you can use to expand storage up to 256GB.

The deal is linked to the source link below in case you wanna check out the deal.