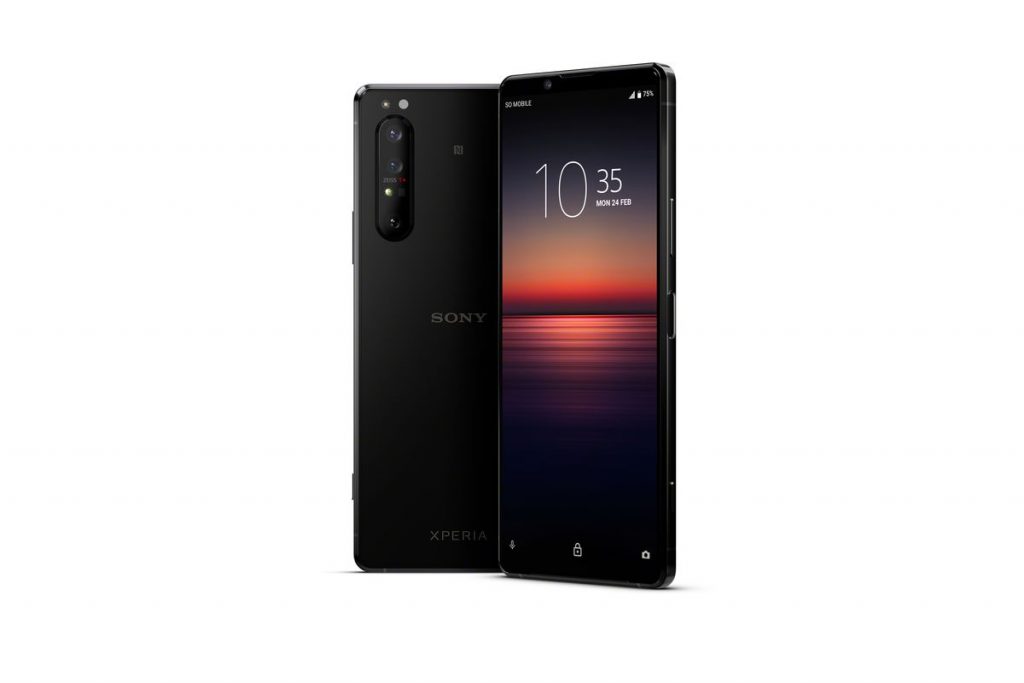 We previously reported that Sony won’t launch its new smartphones at this year’s MWC (which was later canceled), but instead will unveil them via a special online event. The event took place today, and the firm has debuted its brand new 2020 flagship handset, Sony Xperia 1 II (aka Xperia 1 Mark II).

The Xperia 1 II comes with a 6.5” 4K HDR OLED panel with a 21:9 aspect ratio. The triple camera setup on the rear consists of Zeiss-branded 12MP main + 12MP ultrawide + 12MP telephoto sensors. On the front, the handset has an 8MP camera for video calling and selfies.

The device is equipped with Snapdragon 865 chipset, featuring a 5G modem that works on Sub 6 GHz networks. Besides that, other specifications include 8GB RAM, 256GB UFS storage, 4000mAh battery.

Interestingly, the Sony Xperia 1 II brings back the 3.5mm headphone jack which was not present in last year’s Xperia 1 model. Meanwhile, the location of the fingerprint reader remains the same, on the right side of the phone.

The phone is IP65/IP68-certified and will be available in Black and Purple color variants in Europe. On the software side, it will run Android 10 OS out of the box. Sony has yet to reveal the price of the handset.

Keep going for the promo video.