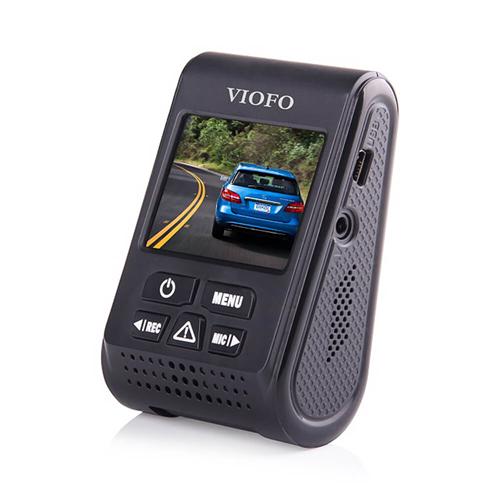 A Review of Viofo A119 Dash Cam

Dash cams – portable digital cameras that can be mounted on the car’s dashboard – are a great way to chronicle a driver’s journey on the go. With social media becoming an indispensable extension of our lives, these dash cams have garnered massive popularity in the recent past. However, dash cams can be costly! This is where the Viofo A119 comes to play, offering all the features of a high-end dash cam at a very affordable price of $99.99.

As an icing on top of the cake, this budget-friendly dash cam is now going for a highly-discounted price of $75.99 on GeekBuying. That’s one hella a deal if you ask me!

The VIOFO A119 is a capacitor-based car dashboard camera in full HD, sporting a wide range of advanced features. Manufactured by Chinese company VIOFO, it is also marketed as the A110 SpyTec, but the hardware and the specifications remain the same.

Powered by the Novatek NT96660 processor, the A119 can record videos at a premium 1440 pixel resolution at 30 frames per second (fps) as well as the standard 1080 pixel resolution at both 30 and 60 fps, and also comes with an audio recording support feature. There is an option to turn off the audio recording on the A119 by simply pressing the audio button place at the back of the camera. Sporting a chic and compact design, the A119 can blend with the interiors of your vehicle almost seamlessly. It has been designed in a manner that is can be mounted on a vehicle’s windshield without being a distraction to the driver or attracting unwarranted attention from onlookers.

The A119 comes with a loop recording feature that can be supported by an SD card of up to 64 GB, which means you don’t have to worry about running out of space on this device. It operates with the help of a 4MP Sony CMOS sensor, inbuilt speaker, microphone and a 2-inch LCD screen, which means you can also use this device to playback your recordings. Of course, the display clarity on the 2-inch LCD screen is limited, and to get a better view of your recordings, you’ll need to connect it to an external device.

The motion detection capability of the A119 automatically sets the camera rolling as you turn on the ignition on your vehicle and stops when the engine is turned off. Similarly, the G-sensor on this device can detect any unusual changes in the motion of the vehicle and automatically records the incident. The process of re-looping protects these clips against deletion. The videos are recorded in MP4 format, which offers great clarity. The high sensitivity toward low light helps in maintaining that clarity of video footage even when recording in the dark. The A119 is fitted with a wide angle lens offering a 160-degree angle view, which means it captures just about everything that’s in front of your windshield. The rotatable lens also brings a great deal of flexibility its recording capabilities.

The use of capacitor instead of a battery makes it relatively more tolerant to heat, thus, minimizing the risk of bursting, overheating or loss of data. The A119 ships with a USB cable, USB car adapter, attaching clips and detaching string, and a non-GPS mount. The GPS capability can be integrated by adding a GPS Logger to the device, which not only gives a GPS module to the A119 but also brings a great deal additional functionalities such as speed recording, Lane Departure Warning System (LDWS), and Forward Collision Warning System (FCWS). Similarly, the clarity of recording can be enhanced by adding a Circular Polarizing Lens (CPL) filter that greatly reduces coming in from the windshield. The one thing that an otherwise robust A119 lacks is the option for WiFi connectivity.

The VIOFO A119 dash cam is a superior device that packs a host of cutting-edge features and functionalities at an affordable price, making it a great companion for hitting the road. GeekBuying is running a promo sale on the device, bringing down the price from $99.99 to $79.99, which gives yet another reason to get this bad boy!

A journalist by profession, a freelance writer by choice. When not writing, she likes to spend her time in the company of books and food or hitting the road to explore new places, besides juggling roles as an army wife and mommy.